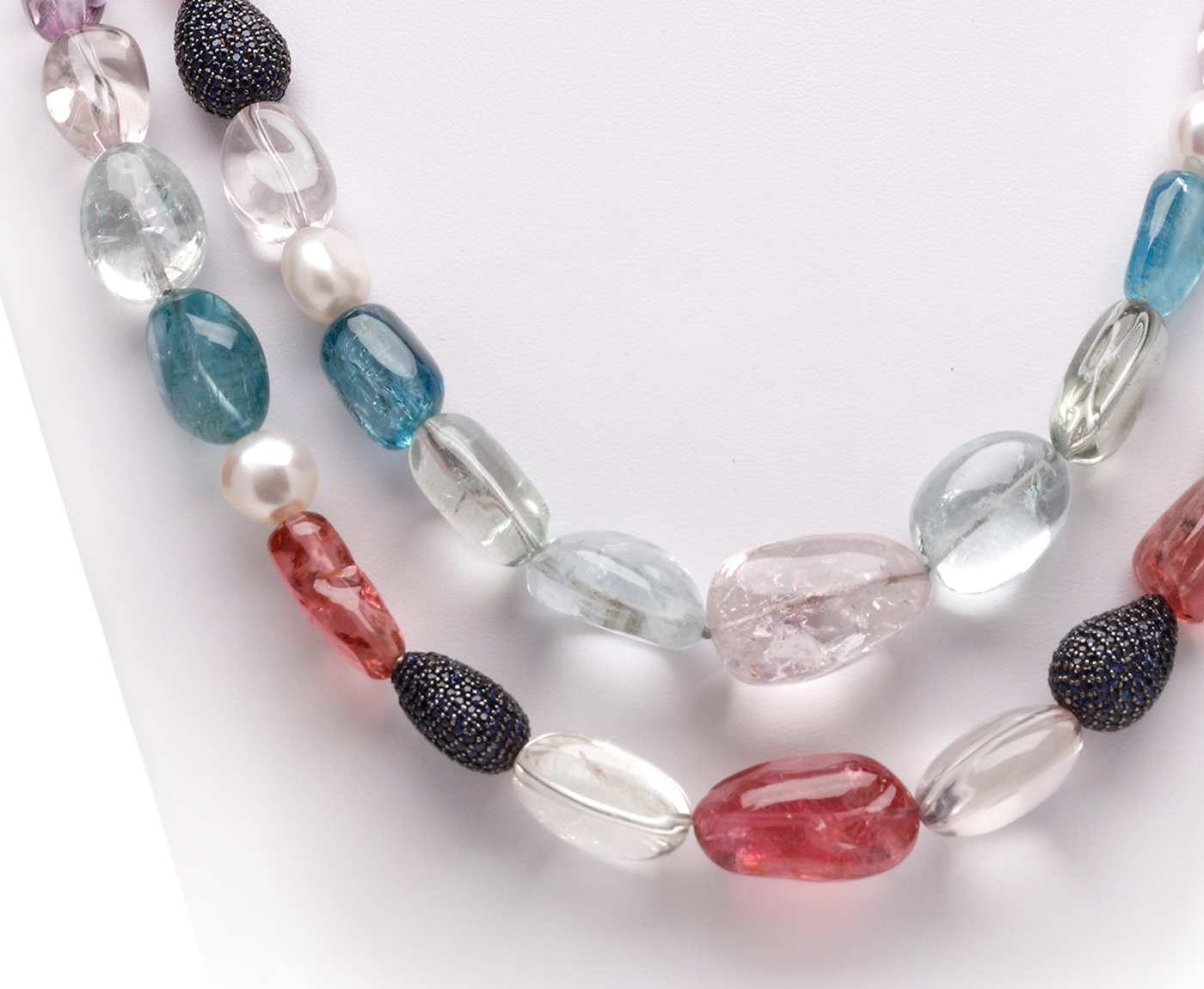 05 Oct The History Of Jewellery: Valuation

Posted at 09:30h in History of jewellery by conker

The value of precious stones though human history

If you’re interested in the history of gemstones have you ever wondered why we value them so highly?  Or what makes some stones much more precious than others? Is it possible that they used to be worth more – or less – than they are nowadays? And how did people value them before there were expert Gemologists to ask?

The 4Cs
Nowadays many people have heard of the four Cs that are used to value many gemstones.
Colour, carat weight, clarity and cut. But it was only in 1949 that the 4C’s was devised to help the diamond industry gain consistency over diamond grading standards. And it only became popular in 1964 when De Beers adopted the term 4Cs in its national advertising campaign.

So how did we value gemstones before 4Cs?
How did earlier generations decide what a gemstone was worth?
The four Cs were the brainchild of Robert M Shipley, who founded the Gemological Institute of America in 1931. And although it was a clever idea – and one that had a good mnemonic to help people remember the values more easily – it wasn’t plucked out of thin air. People already valued gemstones for the same reasons, he’s just made them more memorable.

Same values, different words
Throughout history, diamond merchants had talked about these same four factors, as being intrinsic to a stone’s value, but rarely with any consistency.
Terms like “river” or “water” were used to describe diamonds that were colourless. Clarity meant having no flaws or imperfections. And the cut was described colloquially, as the stone either being made well or poorly. Only carat weight already existed and had been used consistently from the 1500s.

Not just diamonds
Of course, Robert M Shipley was applying the 4Cs to diamonds in particular.
But these are also considered precious characteristics in many other stones too, although sometimes one of the 4 Cs may have added significance in the valuation of a particular gem. And if you go back to the beginning of human civilisation, you’ll discover that stones are valued for qualities not too dissimilar from the ones that Mr Shipley observed in 1949.

We’ve valued gemstones for around 5,000 years
Archeological evidence showed that already around 4000 BC, the Egyptians were making gemstone jewellery using lapis lazuli and amethyst. And, probably even earlier, people dwelling in the Hindy Kush region (today modern Afghanistan) mined lapis lazuli in the Neolithic period, somewhere around 5,000 years ago.

The colour has always been important
Both these stones have attractive colours – lapis lazuli is a deep blue metamorphic rock, and amethyst is a violet variety of quartz. The clearer the colour, and the less flaws, the more valuable it presumably was to the ancient people of Hindy Kush and Egypt.
The stones were valuable enough that they were mined too.

The rarer the better
And that brings us to another essential reason why stones are so valuable: rarity. The reason gemstones are so valuable, is because there are so few of them. All told the crystallized minerals that we consider gem materials make up a tiny fraction of 1% of the earth’s substance.

No cheap replicas to be aware of
Gemstones have value then, because they are considered beautiful and are extremely rare. It’s also almost impossible to make a replica that is good enough to fool an expert – or someone who is used to dealing with precious stones.
It’s another essential reason for their value.

They can’t be duplicated easily.
That’s one of the reasons we trust hard currency. Counterfeit money is hard to make and easy to identify. So from the very first people who ever stumbled across a precious stone, right up until modern times, people have valued precious stones for their uniqueness.

What causes a change in value?
There have been times in the history of gemstones that have dramatically changed the dynamic of gem pricing.
One of the most noticeable was when the Europeans landed in the Americas in the late 15th century. Their invasion and exploitation of the land and natives bought a massive increase of precious gems into the Old World – much of it exceptional quality.

Go West for the best emeralds
The emerald market in particular, suddenly became swamped with precious stones, far superior to those in the Europe and the East  And it must have been a financial disaster for anyone who dealt with Egyptian or Chinese quality emerald at the time of the Spanish conquistadors.
Today Columbia produces over 90% of the world’s emerald supply.
It’s also throws an interesting spotlight on gemstones and how we value them.

When coloured glass is a s precious as an emerald
Because the legend goes, that when the Spanish first met the native Columbian Indians  they swapped worthless glass for precious emerald stone. And there is little doubt that the locals got the raw end of the deal. But, for a microcosm in time, they would have felt that they had made a worthwhile swap. In Columbia in 1499 there was no coloured glass so they had swapped something rare – emerald stones – for something that was unique to them. That isn’t an excuse for the Spanish invaders who were fully aware what they were doing, it merely illustrates the importance of rarity when dealing in stones.

How do people know the value of gemstones?
That’s easy to answer nowadays. You just go to an expert who, as well as a practiced eye, can also use modern technology to discover exactly what sort of stone you have. They can even help you discover whether it’s ethically sourced.

Gem experts have been around since gems were first discovered
Go back a few hundred years – or even further – and you might find yourself having to ask an expert again to see if that stone is valuable. And although they may have not had the equipment available to modern jewellers to value your gemstone, they would have lots of experience in dealing with stones. They are very distinctive and different and someone who is used to handling a particular gemstone would become expert enough to know it’s worth.

Make sure you know who you’re dealing with
Of course, valuations wouldn’t have been anywhere as accurate as they are nowadays. And you’d have to trust the person you were dealing with – there were no certificates of credibility in ancient times!

Emerald or Peridot?
Of course there were errors made too. Some gemstones are hard to tell apart.
Emeralds can seem similar to green peridot and sapphires, and many church inventories got them mixed up. Modern technology can resolve the confusion nowadays, but even an expert can struggle to differentiate them with the naked eye.

When perfect isn’t best
But although technology can help with valuation of gemstones, it’s also introduced new challenges. Today gemstones can be made synthetically, for opals, rubies, sapphires, and other precious and semi-value stones. They are chemically identical to mined gemstones and because they are created artificially, have no impurities. So they are arguably subjectively more beautiful than natural gemstones that have formed inside the earth over millions of years. Yet they are worth almost nothing in comparison.

Naturally the best
Yet again, everything depends on rarity. And comparing a natural gemstone with a man made one is perhaps analogous with comparing an original painting with a replica. The two may be extremely hard to tell apart, but the replica is worth almost nothing next to the original.

Size matters
Size is one of the other factors that determine a gemstones weight. And it was as important to a Roman or ancient Egyptian jeweller as a modern one.
Carob seeds were used throughout history to measure jewellery weight, because it was falsely believed they varied little in their mass distribution.  And they were used to weigh gold as well as precious stones. It wasn’t until 1871 that an international carat weight of was proposed. Today one carat weighs  0.200 grams or one fifteenth of a gram.

Has it made the cut?
The other quality used to measure the value of a gemstone is traditionally the cut. And of course, in ancient times, cutting precious stones wasn’t easy – after all diamonds are the hardest substance known to man. But gem cutters and stone carvers probably originated around he late 1400s in Europe. With the better the cut, the more it enhances the stone and makes it sparkle.

Valued as much as ever
So although gemstones have come a long way since the first ancient civilisations mined them, we still value them as precious items for the same reasons.
They are stunningly beautiful, they are very difficult to forge and – perhaps most importantly – in their natural form they are extraordinarily rare.
Turn to a traditional jeweller
If you want to know the value of your gemstone, it’s always safer to seek the advice of a traditional jeweller like John Lloyd Morgan for guidance.