The History Of Jewellery: Jewellery in the Georgian era
25847
post-template-default,single,single-post,postid-25847,single-format-standard,wp-embed-responsive,theme-bridge,bridge-core-2.8.8,woocommerce-no-js,qode-page-transition-enabled,ajax_fade,page_not_loaded,,qode-title-hidden,footer_responsive_adv,columns-3,qode-child-theme-ver-1.0.0,qode-theme-ver-27.5,qode-theme-bridge,disabled_footer_bottom,qode_header_in_grid,wpb-js-composer js-comp-ver-6.7.0,vc_responsive 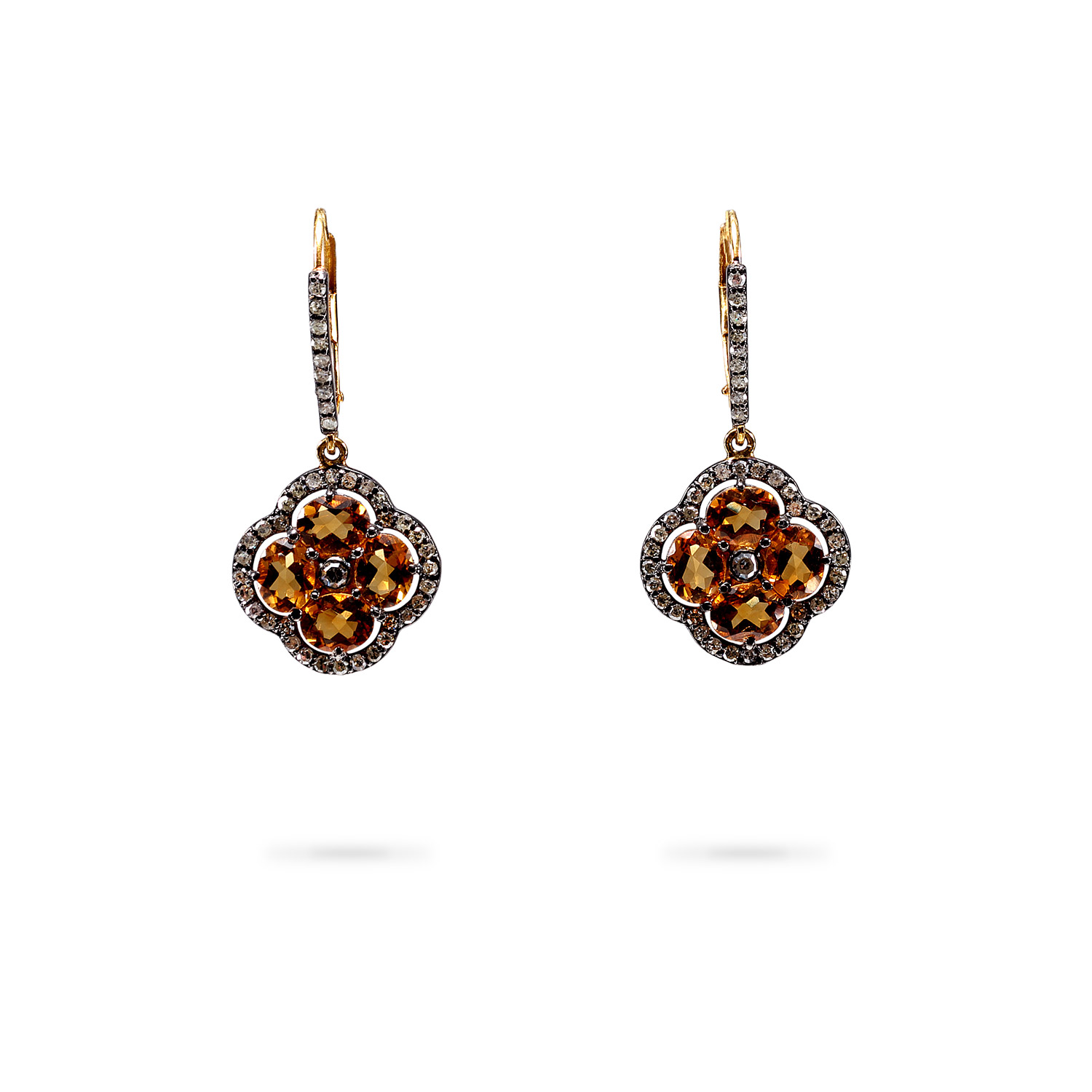 26 Jan The History Of Jewellery: Jewellery in the Georgian era

Posted at 09:51h in History of jewellery by conker

Between the ascendency of George 1st to the throne in the early 18th century, and the death of George 4th just over 100 years later, there were enormous political, economic and cultural changes in England.
The population grew, people became wealthier – and not just the upper classes. And there was a mass exodus from the countryside to the city. So how were gemstones affected by changing trends during this tumultuous period?

George, George, George and, err… George.
The Georgian period is named after the Hanoverian kings of England who ruled in succession.
George 1st took the crown in 1714 after the death of Queen Anne Stuart.
Followed by George the 2nd, George the 3rd and finally George the 4th who reigned until William 4th took the throne, only seven years before the reign of Queen Victoria.
Over this 116-year period, the population of Britain almost doubled from five million to around nine million. It was also the birth of the industrial era with the industrial revolution starting around 1760 and continuing through into Victorian times, and the start of the growth of the British empire.
People began to flock from rural areas into cities and the standard of living rose consistently for the first time.

Gemstones- perennially popular
Gemstones were affected by the enormous social and economic upheaval in this period too.
Yet many of the most precious stones were as popular as ever, their value held steady by their rarity and intrinsic beauty.
Diamonds were most in-demand up until around 1750. Later other stones grew in popularity like rubies, emeralds and sapphires as well as pearls. Aquamarine, citrine topaz, agate, chalcedony, carnelian, amethyst, and garnet were also liked. And iron pyrite (marcasite) was often used to give the illusion of sparkling diamonds. Effects created by overlays, pastes and enamels were frequently used to create a colourful variety of jewellery.

The changing design of jewellery
Jewellery at the time of the first George in the early 18th century tended to be heavy and symmetrical, and gold was prominent in many designs. But over the next 100 years it became lighter and more asymmetrical, and silver increased in popularity.
Openwork designs became fashionable, and jewellery was more elegant and ornate.

Diamonds and silver – the perfect combination
Diamonds were particularly popular for a number of reasons – the opening of new mines, better cutting techniques and more evening light to display them.
The lightless and brightness of silver was the perfect backdrop to accentuate a diamond and it also matched the soft, pastel-coloured fabrics popular with nobility and the upper classes at the time.
Silver was also a practical choice as it was a strong enough metal to hold the weight of gemstones and secure them in place in large ornate pieces. It wasn’t the only metal used in this period though, as gold was still favoured by many and steel, iron and an alloy of copper and iron called Pinchbeck after its inventor were cheaper alternatives.

Day and night jewellery
Developments in candle making meant that they could burn longer and brighter, with a corresponding increase in evening socialising such as soirees and extravagant balls
This night-time living led to a distinction between what was considered “day jewellery” and what was considered “night jewellery”.  During the daytime brightly coloured gemstones such as garnets, emeralds and rubies were popular. Extravagance and abundance were the order of the day- quite literally – and many jewellery items were worn simultaneously such as multiple gemstone rings adorning every fingers. In the night fashions were more subtle, and diamonds prevailed – polished and well-cut, they sparkled like never before under the new candlelight.

Globalisation
Colonisation and increased global trade led to an increase in the types of material used and techniques used in jewellery making became more advanced and widespread. Improved cutting meant, for example, that diamonds shone like never before.
The opening of diamond mines in India and Brazil from the 1720s, made these and other precious gemstones more widely available too.

Repoussé
Repoussé, named from the French pousser “to push forward is a method of decorating metals where parts of the design are raised in relief from the back with hammers or punches and engraving added detail from the front.
This ancient technique enjoyed a big resurgence in popularity, particularly in the first half of the 18th century.   Then, in 1750, the invention of the rolling mill saved goldsmiths the chore of hammering each metal piece by piece, and sped up the process of jewellery making.

Cannetille
Cannetille jewellery was another popular fashion of Georgian times, typically featuring fine gold wires or thin hammered sheets.
In its earliest forms, stamped metals were typically disk-shaped, although floral and shell motifs became popular later.
The pieces were embellished in colourful gemstones, like turquoise, opals and, in England, rubies.

Keeping the cost down
Many of these stones were less costly than diamonds and large jewels could be used. Only a small amount of gold – if any – went into the jewellery too.
And although these elaborate pieces were labour intensive, with goldsmiths typically completing intricate wirework by hand, labour at the time was cheap. Which meant many people could afford fine-looking and elaborate jewellery at minimum expense.
The height of popularity for this type of jewellery in civil fashion is probably around the end of the Georgian period, circa 1830. However, there are no clues such as hallmarks which wouldn’t come into practice until the 1900s) to definitively date these pieces. Enamelling and glass overlaying offered even more affordable jewellery options to the middle and upper-middle classes of the time.

Neo-classical Georgian
Pompei, bizarrely, also affected jewellery styles as it was being evacuated around 1740, and the Georgians were awed by what was unearthed. It resulted in a surge of classical Roman imagery like laurels, grapevines, leaves and keys with simple designs and a style that is now referred to as ‘neo-classical Georgian’.

Different cuts
As cutting techniques improved, new shapes appeared too.
Like the table cut, square with a flat top and bottom, the rose, with a domed top, and the briolette cut shaped stones in a faceted teardrop which featured in many women’s jewellery pieces.

Popular jewellery pieces
The most common 17th-century jewellery pieces included necklaces, bracelets, earrings, brooches, rings, buckles, and hair ornaments such as tiaras, bandeaus and hairpins. And the most popular necklace was a choker length piece that featured individually mounted gemstones linked into a circle by delicate metal – the rivière style.
Both men and women tended to wear multiple rings on more than one finger, and amongst the wealthy shoe, buckles featured many small diamonds.
Wigs were accessorised with precious stones and feathers,
Most women favoured large and heavy earrings, with ornate set stones in various sizes. And the invention of clipped earrings in 1773, meant women didn’t have to pierce their ears to flaunt their style.

Sentimental and acrostic jewellery
Sentimental jewellery was fashionable during Georgian times.
Lovers exchanged eye lockets, each with a depiction of the other’s eye painted on it.

Acrostic jewellery was popular too, where letters were spelt using the first letter of various gemstones, although you needed to be an expert to decipher it.
For example, a bracelet with a diamond, amethyst, ruby and emerald in it, spells out the word “DARE”.

Georgian styles that have fallen out of fashion
Some popular types of Georgian jewellery have fallen totally out of fashion today.
For example, the “stomacher” was a decorative panel that fitted to the front of a woman’s corset, or the “longchain”, a chain about a metre long that wore attached to a watch around their necks or women tucked into a girdle. Mourning jewellery has perhaps unsurprisingly lost its appeal too.
The Georgians used it to memorialise the dead, normally with pieces such as a brooch, necklace or ring that might contain strands of hair from the departed loved one. This style evolved into rings depicting motifs like skulls and skeletons, and its popularity continued into Victorian times.

Some trends never change
But although some gemstone fashions stay, and some go, there is no doubt that our love for precious stones is consistent from generation to generation. And although the price of these rare and beautiful stones may vary over time, we’ll always value them highly.