The History Of Jewellery: The European colonisation of the Americas
25303
post-template-default,single,single-post,postid-25303,single-format-standard,wp-embed-responsive,theme-bridge,bridge-core-2.8.8,woocommerce-no-js,qode-page-transition-enabled,ajax_fade,page_not_loaded,,qode-title-hidden,footer_responsive_adv,columns-3,qode-child-theme-ver-1.0.0,qode-theme-ver-27.5,qode-theme-bridge,disabled_footer_bottom,qode_header_in_grid,wpb-js-composer js-comp-ver-6.7.0,vc_responsive 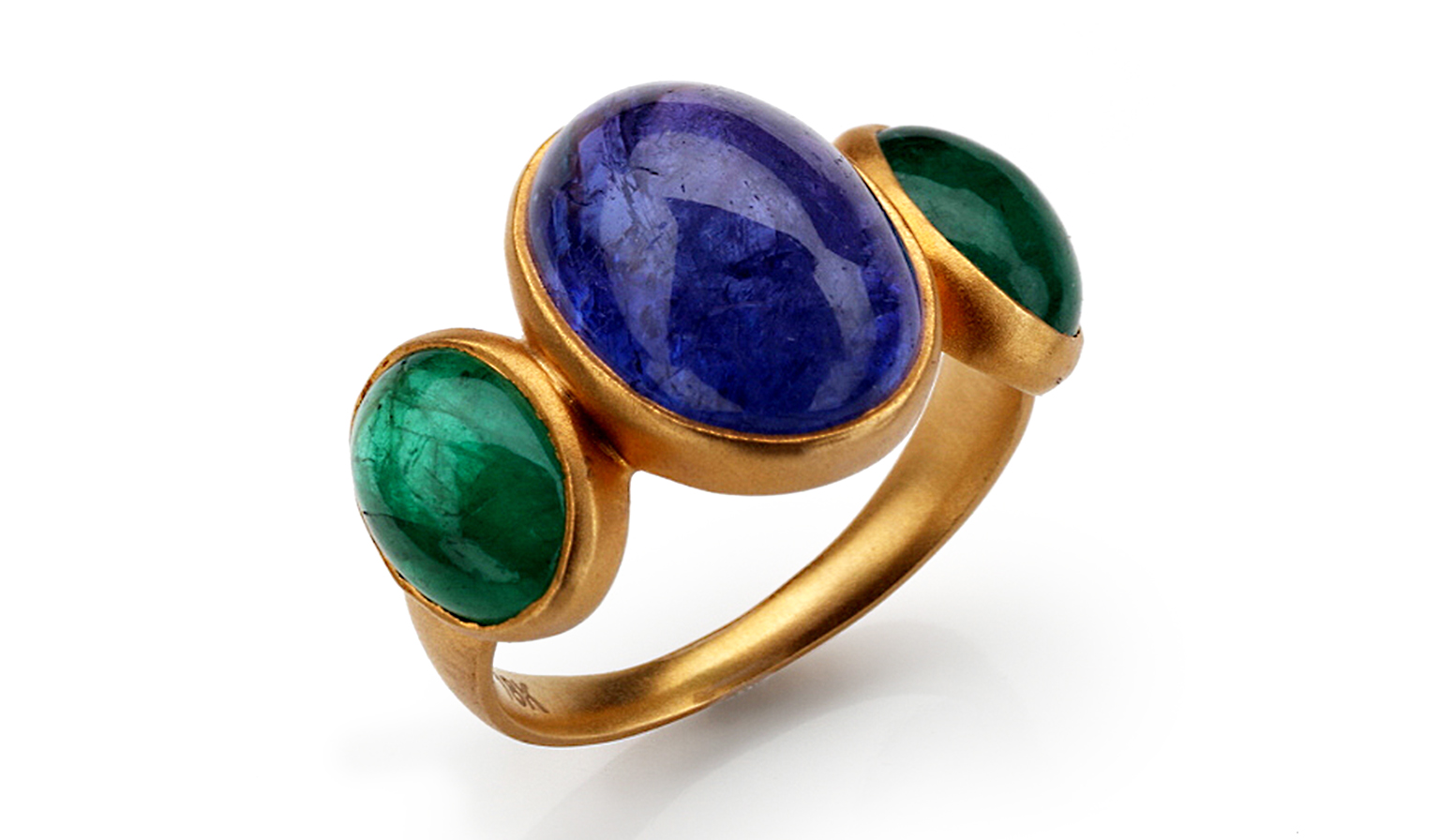 10 Aug The History Of Jewellery: The European colonisation of the Americas

Posted at 09:54h in History of jewellery by conker

Gemstones exist all around the world, in every continent. And North and South America, of course, are no exception. They are also enormous land masses.

Both are bigger than the size of all of Europe combined.

So when the first Europeans landed on the New World at the end of the 15th century, the implications on the future of precious stones worldwide were huge.

The civilisations that existed there already were no match for European armour, weaponry and ruthlessness, and within a few decades, the indigenous people and much of the land was conquered.

A massive and diverse region

The invasion and eventual colonisation of the Americas bought a huge influx of wealth to Europe and beyond, including precious metals and gemstones. But it’s wrong to think of it as a single event. It’s important to realize that prior to Columbus the indigenous people of America were all very different, far more so than the Europeans. They were also spread over a vast area and only faintly aware of each other from one major region to the next

Some civilizations were more advanced than others.  In some areas like Mexico and Columbia, the native populations were already mining precious stones. In other parts of the continent, like North America and Brazil, the indigenous people had neither the technology nor the desire to search and dig out gems.

The spoils were split between many European nations

Different European nations also invaded different parts of the New World.  So while the English and the French mostly invaded the north, in particular what was to become the United States of America and Canada, the Spanish and Portuguese were more involved in the colonization of South America and countries like Columbia and Brazil. Sometimes the Europeans met with fierce resistance, sometimes with open arms. And although the colonization of the Americas made a huge impact on the human history of gemstones, it helps to understand it, by looking at a few examples in particular.

Columbia is a country that merits closer observation

Its civilisations were among the most advanced in the New World, with the Olmec, Maya, Incas and Aztecs, who were all noted for their gold-working as well as their creative use of minerals. The Olmec and Mayas and Aztecs who succeeded them greatly valued the toughness and polished look of Jade when stone-makers cut it, and this silicate mineral boasted a 3,500-year-old tradition of mining, working and trading before the arrival of the Spanish.

However, it’s for emeralds that Columbia is most renowned

Today Columbian emeralds are known to be the best on earth for their size, colour and quality. Typically with less iron and fewer impurities and fractions than emeralds found in other countries, the Columbian mines not only produce the most valuable emerald stones, they also supply around 90% of the world market.  These vibrant green stones were highly valued by the Columbians since around 500 AD, hundreds of years before the arrival of the Spanish Conquistadors introduced them to the rest of the world.

There’s even an ancient Columbian legend with emeralds as their focus, in which a man and woman were created by the gods to populate the earth. To remain eternally youthful they needed to be faithful to one another – but when the woman was seduced by another man, both of the couple aged rapidly and died. However the gods took pity on them and turned them into rocky crags, where the woman’s tears became emeralds.  Those craigs today are near to Muzo, where the countries’ largest emerald mines are concentrated

Columbus was the first European to land on the New World

Christopher Columbus, the Genoese discoverer, was the first European to visit the New World of the Americas on board his ship Santa Maria in 1492. It was the Bahamas archipelago he had sailed to, now Haiti and the Dominican Republic, and it wasn’t until subsequent voyages that he found Central and South America.

The Columbian territory was first sighted by Spanish explorer Alonso de Ojeda in 1499, though he never landed.  But in 1502, on another coast of what is present-day Colombia, near the Gulf of Urabá, Spanish explorers conquered the area near the Atrato River.

Although it wasn’t until 1539 that the Spanish first came to the territories inhabited by the Muzo, and rich in emerald gemstones. And they certainly didn’t have things all their own way. The first soldier to lead the conquest expedition was Luis Lanchero in 1539, but he encountered such resistance from the indigenous Muzo that he retreated and didn’t return for two years.

If at first, you don’t succeed…

This time he fared a little better, where the Muzo used the rugged terrain to their advantage and attacked the forty conquistadors on horse using poisoned arrows. In 1544, a conquistador named Diego Martínez discovered the rich emerald deposits of Muzo. But a further effort to conquer was repelled by the Muzo again in 1552. And it was only in 1559 and on the fourth attempt, that the Spanish successfully defeated the Muzo, and Luis Lanchero returned to the area where he was driven out almost two decades earlier. So the story of how new, superior emeralds eventually flooded into the European markets is a long, bloody and tragic one. And one that ended with the native Columbians as slaves in the mines that they themselves had once owned.

Too many emeralds are bad for business

With the colonisation of Columbia, and Spanish exploitation of the land and its minerals, there was an enormous influx of superior quality emerald stones into Europe and beyond. For example, a sixteenth-century Spanish Jesuit missionary and naturalist in Latin America, wrote that a ship returning him to Spain in 1587 carried over two hundred pounds of emeralds. That’s a massive amount of almost definitely superior gemstones compared to what was being sourced at the time from the Old World. However, the influx of huge numbers of quality emeralds into Europe didn’t give traders the profit they were hoping for. Rather it caused their value to drop precipitously, and emeralds, previously rated above diamonds, rubies and sapphires, became a less sought after precious stone.

Brazil falls to the Portuguese

Other European invasions of South America had different consequences and brought different types of precious stones to the Old World.

In Brazil, for example, the indigenous tribes were less advanced than in Central America, and there was no extensive mining already in existence when the Portuguese – rather than the Spanish – arrived to conquer.  And although there is evidence that ancient civilizations used amazonite, beryl, emeralds, obsidian and jade, and there are stories of native tribes using diamonds as plaything for their children, the story of Brazilian gemstones begins with the arrival of Portuguese colonists in the 16th century.

It was while searching for gold that the Portuguese discovered diamonds in Bahia, today a north-eastern Brazilian state. An early historian named Pero Gandavo wrote of ‘mines of white stones such as diamonds’ in 1576, which would enable Brazil to become the world’s largest source of diamonds. By the 1700s and early 1800s, Brazil ruled global diamond production until the discoveries of new mines in South Africa,

And today, the South-American country accounts for less than 1% of world production, although some of the most famous diamonds in the world, however, as well as fancy-colour diamonds, have originated in Brazil

Argentina has associations with rhodochrosite, a semi-precious raspberry-pink to rose-red gemstone. Dating back to the ancient Inca civilizations, it was first discovered in a cave in Argentina. The Incas incorporated the beautiful pink crystals into jewellery made with silver, and today rhodochrosites are the national gemstones of Argentina.

Chile and its semi-precious stones

The Aztec Empire of Mexico

In Central America at the time of the Spanish conquistadors, the Aztecs occupied what is now Mexico. Although ancient Mexican objects are sometimes attributed to the Mixtec people, who were contemporaries of the Aztecs in the south of Mexico. The Aztec elite sought out jewellery from these artisans, but Aztecs clearly had their own craftsmen as well, and it is sometimes impossible to tell the difference between the two cultures.

Here there were opals, turquoise, amethyst, black onyx, and jasper among others.

Whereas in North America and Canada, the indigenous tribes used ivory, pearls and marine shell beads and occasionally turquoise as ornaments or for personal decoration rather than precious or semi-precious stone. Today Canada is the third largest producer of diamonds in the world, and North America is a  rich source of gems, although most mines are small family operations.

Big on quality as well as quantity

The Americas are now a major source of many of the world’s precious and semi-precious stones, from emeralds or diamonds, beryl, jade to new minerals like amazonite, the “Amazon stone”. And, in quality as well as quantity, they rank as highly as gemstones that are unearthed in any country.

Turn to a traditional jeweller

Whether you’re interested in any kind of gem or attractive stone, it’s always safer to seek the advice of a traditional jeweller like John Lloyd Morgan for guidance.