The History Of Jewellery: after the Renaissance and Reformation
25694
post-template-default,single,single-post,postid-25694,single-format-standard,wp-embed-responsive,theme-bridge,bridge-core-2.8.8,woocommerce-no-js,qode-page-transition-enabled,ajax_fade,page_not_loaded,,qode-title-hidden,footer_responsive_adv,columns-3,qode-child-theme-ver-1.0.0,qode-theme-ver-27.5,qode-theme-bridge,disabled_footer_bottom,qode_header_in_grid,wpb-js-composer js-comp-ver-6.7.0,vc_responsive 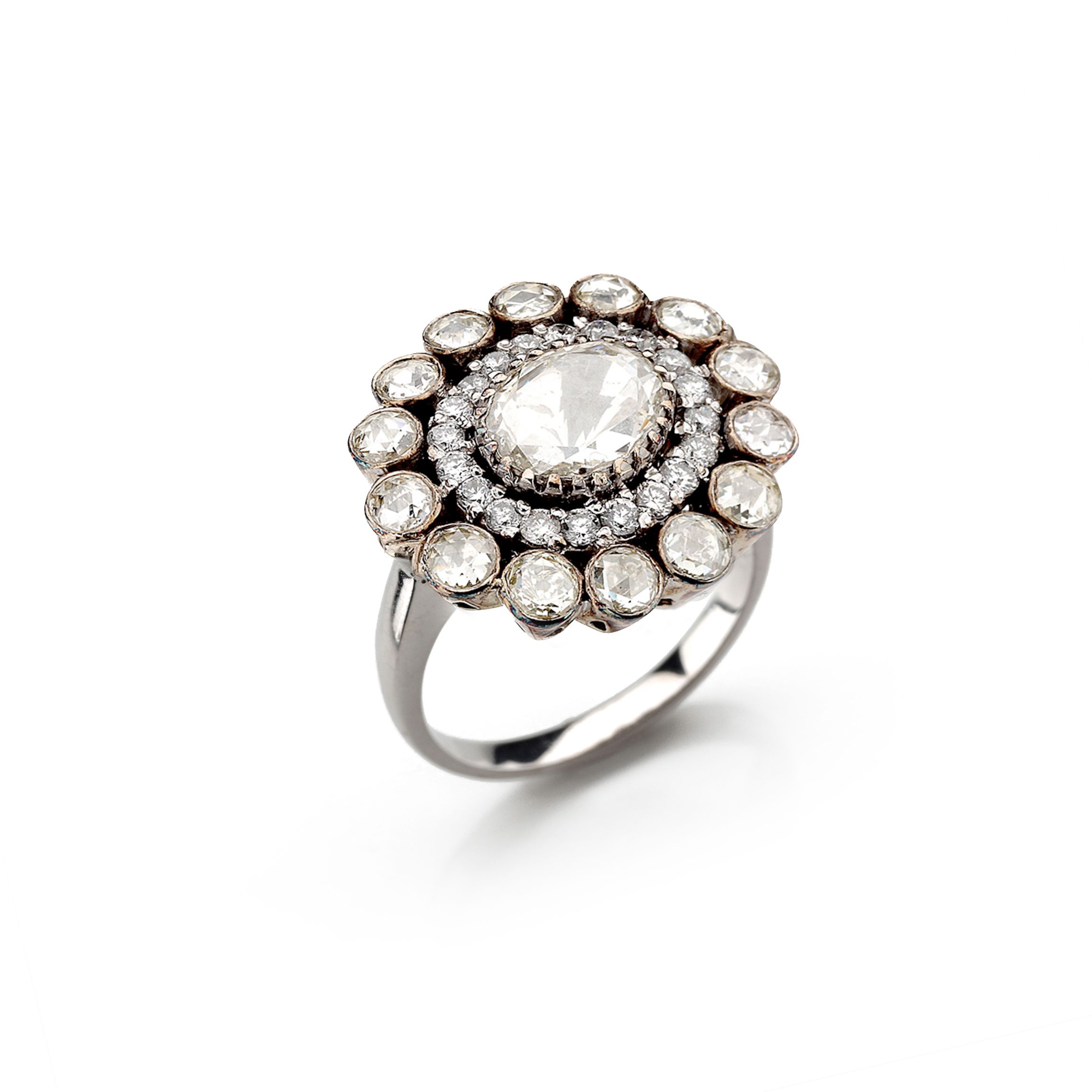 30 Nov The History Of Jewellery: after the Renaissance and Reformation

Posted at 11:11h in History of jewellery by conker

If you’re interested in the history of gemstones, you must also consider the politics of the time. In the west in the 15th and 16th centuries, there was enormous upheaval, particularly in England, that bought wealth and of course gemstones to a new class of people. The same perennially popular stones, emeralds, diamonds, rubies and sapphires were still at the top of most people’s gemstone wish list. However, some of the things that the stones were used for may surprise you.

Turbulent times
Looking at it today, the 16th and 17th centuries seem like tumultuous, fast-moving times. They included the end of the Renaissance with the sacking of Rome, and in England the dissolution of the monasteries. These events had repercussions that lasted hundreds of years. But events didn’t affect people with the speed that incidents impact people today. And news, of course, took far longer to travel.

The end of an era
That shouldn’t distract from the people who were caught by events at the time. The 16th century saw the most significant changes in England and Italy. In 1527 Spanish, German and Italian troops of Charles V, Holy Roman Emperor and King of Spain sacked Rome and Clement V11 had to flee. Those left behind suffered enormously, and some historians believe as many as 50% of the population may have perished. Pope Clement V11 managed to flee and although he eventually returned to Rome, its sacking marked the end of the Renaissance period.

A new order – with new wealth
In England, the crown broke from Rome in 1535 with the Act of Supremacy in 1534 that made Henry V111 the supreme head of the Church of England. And with that the dissolution of the monasteries and the disposal of their assets. Although much of the land was sold at fair prices, monks and abbots who refused to obey were executed, and many in the monastic profession found themselves unemployed and destitute. In contrast, the followers of Henry V111 prospered enormously, in an event that saw the greatest redistribution of property in England since the Norman conquest in 1066. And all of the property reverted to the Crown, with Henry using the windfall to reward his supporters, both Protestant and Catholic for their loyalty.

A new market for precious gemstones
Henry V111 had to sell the bulk of his profits to finance wars in France and Scotland and land was sold to knights and squires who could profit from the land just as monarchs, clergy and the aristocracy had done for centuries. There were still of course only a very privileged few who could benefit, but it was a turning point for landed gentry who could now join the upper classes. This meant that after the Reformation and the dissolution of the monasteries there was a change in both who wore the jewellery, and the type of jewellery made.

A precious stone says so much about its wearer
It was also an age of conspicuous consumption in which precious stones could identify the wearer as someone who was cultivated and refined. Wealthy men favoured collars and neck chains decorated with pendants and jewels, while women preferred necklaces and bracelets, and pierced ears with pearls. Monarchs used their jewellery to convey the economic prosperity and stability of England too, in the expectation that visiting dignitaries would report back to foreign courts the regal splendour that they had witnessed

New discoveries and new technologies
The 16th and early 17th centuries also saw the beginning of the rise of the west. Spain and Portugal sailed all across the globe. The Dutch were explorers too, and merchants were trading directly with India. So in the west, trade was opening up from the far reaches of the world, at the same time as in England wealth was spreading beyond the monastery and the crown. By the mid-17th century expanding global trade had made gemstones more accessible. And advances in cutting techniques were increasing the sparkle of gemstones in candlelight.

Diamonds suddenly had more sparkle
Diamonds were the gemstone that were most dramatically improved by new cutting technology, shining like never before and began to dominate jewellery design. Often diamonds were mounted in silver to accentuate the stone’s white colour, and diamond jewel sets became an essential of court life. The largest stones would be worn over the bodice and smaller ornaments scattered over an outfit. Sadly, however, very little of the diamond jewellery from this period survives in its original form, because its high intrinsic value meant that it was likely to be sold, and the diamonds re-set into new more fashionable designs.

Showing off your sword
Small swords were all the rage for men from the mid 17th century. But not necessarily for self-defence, rather to show off status. Originally these swords appeared in response to new fencing techniques that emphasised thrusting at speed. Over time they became increasingly elaborate. Elaborate gold and silver hilts began to appear, mounted with precious stones. These pieces were more likely to be made by goldsmiths and jewellers than swordsmiths and were frequently given as rewards for distinguished military and naval service.

Not just shinier, bigger too
Diamonds weren’t just increasing in quality with new cutting techniques, they were also increasing in size. More large diamonds were imported into France, for example, during the 17th century than any other time in history. Diamond cutting was originally based in Bruges and then Antwerp. However, because of logistic reasons during the war between the Netherlands and Spain, it then moved to Amsterdam where it would remain as the world’s capital of diamond cutting until the 20th century.

Everything was looking more spectacular
Diamonds weren’t the only gemstone that began to look more glamorous. Specialist craftsmen began to be involved more in the creation of elaborate pieces. Techniques like enamelling began to appear. After a decline in popularity, earrings began to make a comeback too. They became more elaborate and interesting in design than previously. Many jewellery themes were religious. The perennially popular gemstones – diamonds, rubies, sapphires and emeralds – were still in demand, along with both natural and baroque pearls.

Gemstones were valuable for numerous reasons
In England in the 16th and 17th centuries, precious stones held value for numerous reasons. Their rarity and beauty made them popular additions to the fashion and dress of the day. They were flaunted as a display of a country’s wealth and power. Plus they were believed to hold mystical and medical powers.

Are you paying by cash or gemstone?
Besides all this, gemstones also served as a very useful form of currency, as they were frequently pawned for cash. In the 16th and 17th centuries, there was no centralized banking system so you couldn’t borrow money by simply taking a loan at a bank. People simply borrowed from each other, often using precious stones as a negotiable asset. It was a system of bartering especially useful for those monarchs who were not solvent and needed money in a hurry.

Precious stones are magic
There was also a widespread belief that precious gemstones held medical and magical powers that were held throughout society, from monarchs to commoners. Many Christian believers felt that because God created the natural world then God had also given stones their properties. Precious gemstones effectiveness as treatments for a variety of remedies was passed by word of mouth. Gems healing virtues were believed to address many of the diseases and illnesses prevalent in the 16th and 17th centuries. Medical treatment at the time was an expensive alternative and had a similar success rate to trusting the magical powers of gemstones, with the chance of recovery from serious diseases small.

Gemstones were also believed to protect against bewitching and poisoning.
Putting several stones together in a ring, pendant or brooch was considered to provide greater protection to an individual. And many stones that were valued for their magical qualities were set in metal with the back of the jewel open to the skin so it could pass on its powers directly to the wearer’s skin.

Precious stones were even believed to be able to prove a woman’s faithfulness.
Sapphires were supposed to lose their sparkle if they touched the skin of an adulteress, while emeralds were supposed to shatter. Diamonds were considered particularly effective at not only breaking a witch’s hold over her victim but also at preventing a bewitchment. However, feminists might find it relevant to observe that precious gemstones magical powers seemed to be only effective against women!

The more precious the stone, the more powerful it is
Perhaps it’s not surprising that the most beautiful, rarest, and expensive stones were considered the ones with the most power. So the gemstones thought to be the most effective, whether as a remedy against disease or protection against witchcraft, were typically diamonds, rubies, sapphires and emeralds.

Don’t wear those jewels, devour them!
However, their supposed effectiveness as a cure for everything from evil spells to plague and poison, led to the most unlikely use of precious stones –eating them!  A ruby, for example, when crushed and mixed into a drink, was said to prevent poisoning. Emeralds needed to be smashed into powder and mixed with water. And diamonds were said to be particularly effective at driving away evil spirits and demons and a prevention against witchcraft.

The gemstone cure-all
Medical texts of the period also recommended precious stones as an effective treatment against many ailments. Sapphires, it was claimed, could cure ulcers.
The chief physician to the French monarch in 1657 recommended topaz as an effective way to relieve symptoms caused by problems of the intestine.

Even good against the plague
Celebrated 17thcentury scientist and philosopher Francis Bacon described pearls and emeralds as being “especially potent for prolonging life” and recommended they should be ground into powder and digested, or dissolved in the juice of green lemons. And many physicians during the sixteenth and seventeenth centuries attributed gemstones with properties that could reduce or relieve symptoms caused by gastroenteric and respiratory infections as well and even help cure the plague.

Still loved – but not eaten
Today we still admire and value precious gemstones for many of the same reasons that people in the 16th and 17th centuries did – for their beauty and their rarity. It’s also not unknown for them to be pawned, although they no longer serve as a convenient form of currency for most people. However, the time when people actually ate powdered precious stones for their presumed healing properties ended with the aptly named dawn of reason.