The History Of Jewellery: The Roman Empire TO The European Discovery Of America
25280
post-template-default,single,single-post,postid-25280,single-format-standard,wp-embed-responsive,theme-bridge,bridge-core-2.8.8,woocommerce-no-js,qode-page-transition-enabled,ajax_fade,page_not_loaded,,qode-title-hidden,footer_responsive_adv,columns-3,qode-child-theme-ver-1.0.0,qode-theme-ver-27.5,qode-theme-bridge,disabled_footer_bottom,qode_header_in_grid,wpb-js-composer js-comp-ver-6.7.0,vc_responsive 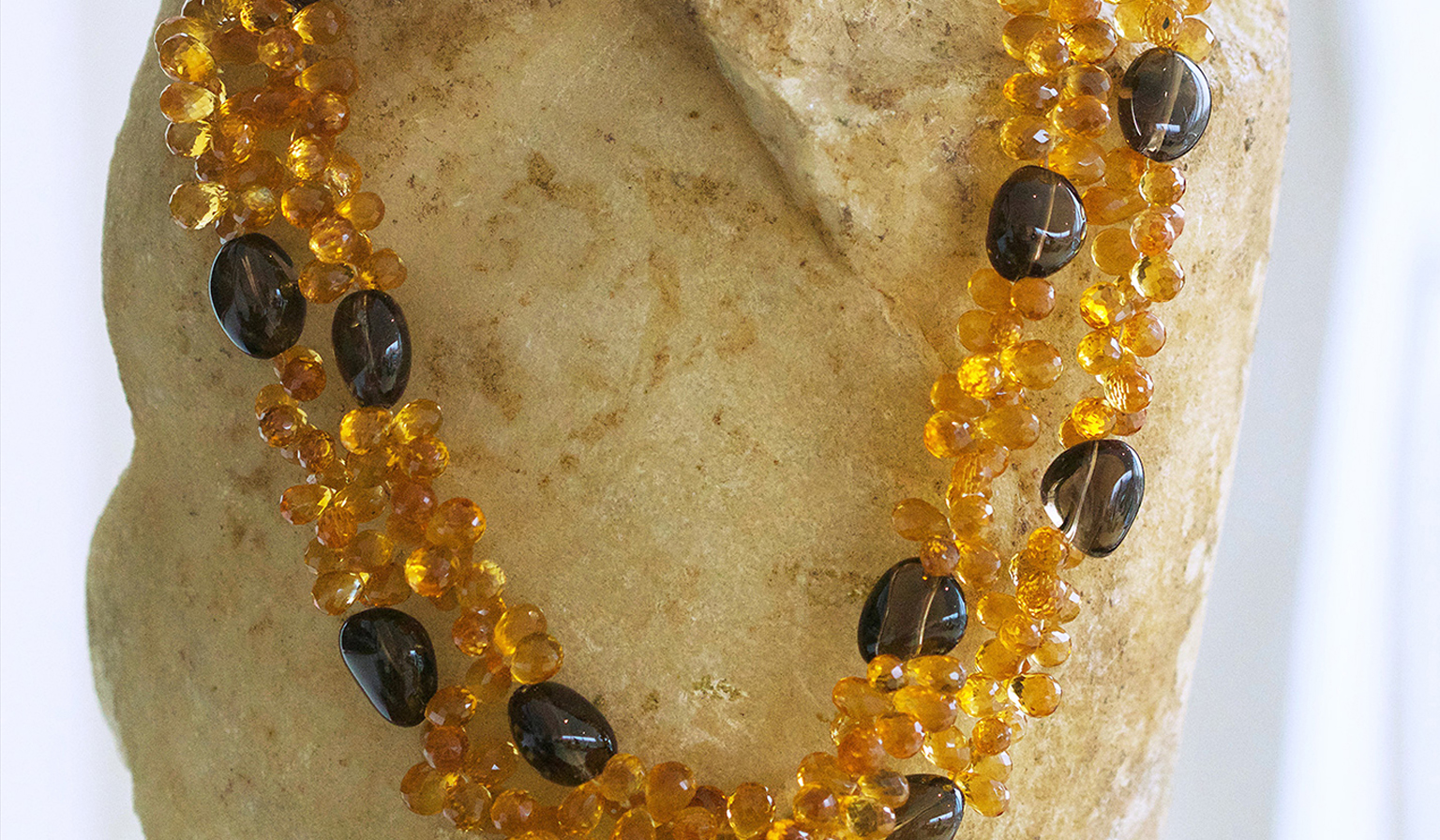 05 Jul The History Of Jewellery: The Roman Empire TO The European Discovery Of America

Posted at 15:29h in History of jewellery by jlm_admn

If you went in a time machine to find out about gemstones in Roman times, the similarities with today’s modern world would probably surprise you.

Around AD 100 to 200 the Roman Empire was at its height.
Rome controlled all the land from Western Europe to the Middle East. Hadrian’s Wall was being built, and marked the empire’s northern limit.
And not only did the Romans have access to the natural resources that were available in conquered Mediterranean territories, there was also an extensive trade network of imports to acquire semi-precious and precious stones along the Silk Road of Persia, India and further East.

The Romans were a colourful lot
The Romans loved precious and semi-precious gemstones for their beauty as much as we do. But, unlike the ancient Greeks, ostentatious use of colour was valued over fine metalwork.

Stones like garnet, emeralds, peridots, jasper and lapis lazuli were imported from Egypt. Onyx and moonstone were brought in from the Persian Gulf. Although Romans knew of the existence of diamonds too, they weren’t to become truly popular until people learned how to cut them to reveal their brilliance, a process which began in Europe sometime around 1300.

Amber was a Roman girl’s best friend
But if diamonds still had some time before they were to become a girl’s best friend, other substances had a much greater appeal than today.
Amber was considered immensely valuable by the Romans, although it is not a mineral at all, but tree resin that has hardened over millions of years. It was mined in the Baltic area and Pliny the Elder, the author, naturalist and philosopher wrote that it was so precious that a “small amber sculpture exceeded the worth of a healthy Roman slave”. Although that could, of course, say more about the value Romans put on their slaves’ lives than the value of amber!

Popular usage of jewellery in Roman time
Under Roman rule, more people had access to jewellery than in Greek times too. This was because unlike ancient Greek jewellers, Roman manufacturers mass-produced pieces using moulds and casting techniques.
Gold and silver pieces would have been worn by the wealthy, but lower social classes would have had to settle for bronze or other less expensive metals.

Glass or gem – spot the difference
Roman aesthetic values meant the creative use of colour in precious and semi-precious gemstones, as well as coloured glass in jewellery was valued more than fine metalwork. Many glass makers were supposedly skilled enough that they could fool the public into thinking that the glass beads and ornaments they made were actually gemstones. Although when genuine gems were used, the preferred stones tended to be amethysts or emeralds. Pearls were also popular.

Roman women and jewellery
Similarly to modern times, Roman women tended to collect and wear more jewellery than men. They often pierced their ears too, and, just like females today, wore earrings – one of the oldest forms of jewellery to exist. Amethyst, which serve as a sign of enchantment, was one of the most popular materials embedded in earrings. Other fashionable adornments might include necklaces, bracelets, rings and a brooch or pin for fastening garments, called a fibula.

Gemstones and Roman women’s rights
One very good reason for jewellery’s popularity with females is that it was considered to be the women’s own property, and not, as was the norm in these times, part of their husband’s wealth. It was theirs to do with as they wanted – to sell, or barter or bequeath, however they saw fit.

Roman men and jewellery
Roman men might also wear jewellery too, but to a lesser extent, typically only rings or a fastening fibula. However Roman men, unlike Greeks, wore multiple rings at the same time.
They favoured massive, eye-catching rings too, that indicated their status. For example, senators or bureaucrats might wear a gold ring that held a large and precious gemstone in place, so people could see at a glance how important they were. By contrast, plebeians or commoners would wear iron rings that held less valuable stones or glass in place.

Necklaces, Roman style
Necklaces were popular with both sexes, and worn by rich and poor alike. Pendant necklaces were frequently placed around a winning gladiator’s neck in an arena. The pendant either had an image of the emperor stamped on it, or were adorned with a gemstone embedded in precious metals.

After the Romans
So how did gemstones fare after the decline and eventual fall of the Roman Empire?
Did they wane or wax in popularity?

To answer those questions you need to take a quick look at a history of the empire.
At its zenith, it was too large to control from Rome alone, so in AD 285 it was divided into two halves. However this split led to competition and ultimately a civil war between the two halves until in AD 324, Emperor Constantine the Great unified the empire, but with a new capital in the east.

Constantinople and the Byzantine Empire
This was the ancient city of Byzantium, renamed as the “New Rome” Constantinople, which was from the mid-5th century to the early 13th century the largest and wealthiest city in Europe.
No empire in this era demonstrated a richer jewellery tradition than the Byzantines, merging the greatness and richness of Greece, Egypt, the Near East, and parts of Russia and North Africa.
Their designs and gemstones were carried west into Europe by trade, marriage, and war and continued until the Byzantine Empire ended with the fall of the city to the Ottoman Empire in AD 1453.

The fall of Rome
However in the west, once Constantine moved the capital, Rome transitioned to a period of decline. War, deterioration of infrastructure, and the rise of barbarian kingdoms led to the loss of territory in the western half of the empire. And in A.D. 476 a Germanic barbarian king deposed the last emperor of the Western Roman Empire in Italy.

The “dark” ages
After Rome fell, there was a period of economic and cultural decline once known as the dark ages (the lack of records after the Roman era were “dark” compared to the “light”, or abundance of records before). This label is now considered a mischaracterisation of the Middle Ages as a time of violence and backwardness.

The gem police
It’s less controversial to say that life became harder for many, and luxuries like jewellery all but disappeared from European life among the common people. Indeed, in the early Middle Ages, the royal family and churches discouraged ordinary folk from wearing jewellery as well as items that indicated wealth and rank, such as furs or gold. To enforce their views the Sumptuary Laws were initiated that regulated what people were allowed to wear.

Popular gemstones in the early Middle age
Among the few that were able to enjoy gemstones, sapphires, ruby and emeralds were most popular, although pearls were also highly valued. Garnets and amethysts were frequently used in less expensive pieces.

The wealthy medieval church
Much of the wealth was in the hands of the church, which from the 5th century to the 16th century AD was the biggest and richest collector of valuable gemstones in Europe. The church also commissioned the goldsmiths of the time to make ornate gemstone-decorated religious objects using stones like garnets, jasper, ivory, sapphires and emeralds. And gems have been found in studded altars, chalices and books used during mass called icon missals.

Not made in the UK
Although amber, jet, freshwater pearls and coral could be sourced in Europe, nearly all gemstones had to be imported.
Modern distinctions between precious and semi-precious stones were largely ignored too, and clear rock crystal was popular. And large stones were greatly valued, and many rulers amassed huge collections.

Not cut out to sparkle
The modern facet-cut used in gemstones wasn’t developed until around 1380 AD and until then stones were cut with rounded contours in what is now called a cabochon cut. That meant diamonds couldn’t sparkle as they do today and were relatively unexciting gemstones compared to more highly prized rubies and emeralds.

A new world – and a new chapter for gemstones
However, something far more profound than improvements to cutting processes was about to change the supply and marketing of gemstones forever.
On October 12, 1492, the Italian explorer Christopher Columbus officially set foot in America. It was the precursor to the invasion and conquest of new lands that would bring unimaginable new wealth including a massive influx of precious and semi-precious stones to Europe.

It marked the start of a new chapter in the history of gems.

Turn to a traditional jeweller

Whether you’re interested in any kind of gem or attractive stone, it’s always safer to seek the advice of a traditional jeweller like John Lloyd Morgan for guidance.