The History Of Jewellery: From Prehistoric Man To The Roman Empire
25277
post-template-default,single,single-post,postid-25277,single-format-standard,wp-embed-responsive,theme-bridge,bridge-core-2.8.8,woocommerce-no-js,qode-page-transition-enabled,ajax_fade,page_not_loaded,,qode-title-hidden,footer_responsive_adv,columns-3,qode-child-theme-ver-1.0.0,qode-theme-ver-27.5,qode-theme-bridge,disabled_footer_bottom,qode_header_in_grid,wpb-js-composer js-comp-ver-6.7.0,vc_responsive 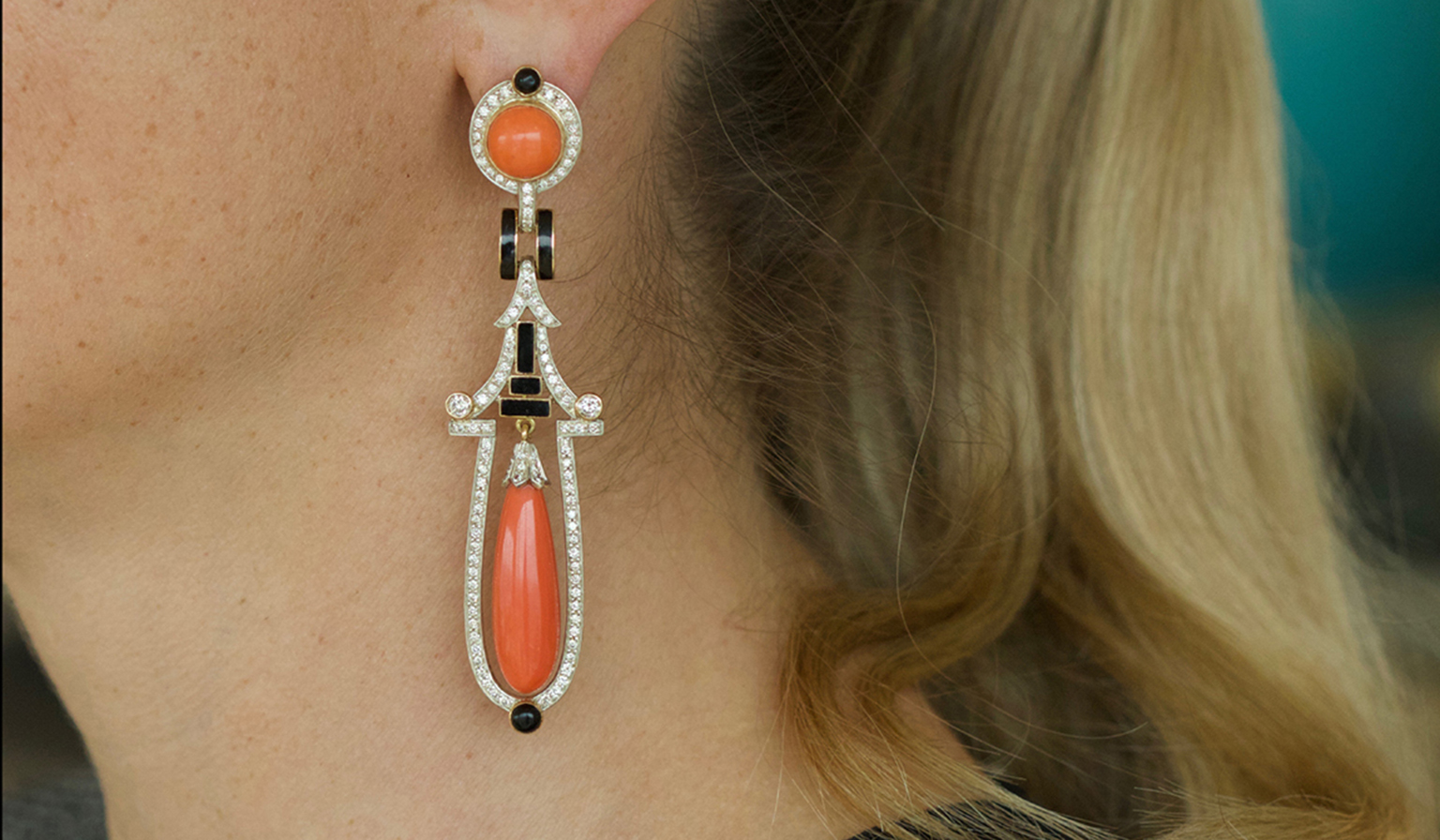 10 Jun The History Of Jewellery: From Prehistoric Man To The Roman Empire

Posted at 10:26h in History of jewellery by jlm_admn

Although there are many types of gemstones, almost everyone knows the names of the most well-known: rubies, emeralds, pearls, diamonds, sapphires…They’ve fascinated people for thousands of years.
But what are precious and coloured stones’ relationship with humans throughout history?Have different cultures always valued them equally?
Were they always held in high esteem?
To help you understand the answers we need to go back in time.

The earliest known jewellery to man
We start with the Denisovans, an archaic and now extinct subspecies of human that ranged across Asia.
In 2008 a 40,000-year-old bracelet was found in Siberia inside a Denisovan cave, next to ancient human remains. Although the stone itself is made of chlorite, and not considered one of the precious minerals nowadays, it is remarkable in many other ways.
The nearest chlorite deposits are 250k away from the chamber where it was discovered, and it’s been carefully polished with a heavy pendant added in the centre, probably hanging from a short leather strap. A hole has been drilled into part of it which must have been created with a high-rotation drill not dissimilar to a modern one.
Experts who examined the bracelet believe it belonged to an important member of the community, perhaps a princess, and it held great significance to the wearer.

Jewellery set us apart from animals
What is beyond dispute is the importance that humans place on decorative items since even the earliest times. Enormous effort and resource went into creating something that had no practical value but was valued for its beauty alone.
The 19th century British archaeologist Archibald Campbell Carlyle, who was renowned for his discoveries of ancient artefacts in India, said of primitive man, “the first spiritual want of a barbarous man is decoration.”
He felt jewellery symbolised our separation from the animal kingdom and represented humanity’s desire to capture and appreciate beauty.

From functionality to aesthetic appeal
Our prehistoric ancestors made and wore jewellery from stone, bone, shell and other materials too. They were probably designed as functional items at first, to fasten clothing for example. And later adapted to become religious or spiritual symbols or worn purely for aesthetic appeal.
The very first gemstones to be used, were probably gathered in much the same way as food too, perhaps by sifting through gravel in a dry riverbed.
The oldest gemstone mined by man is lapis lazuli, or lapis for short, a deep-blue metamorphic rock used by people dwelling in the Hindu Kush region, or modern Afghanistan, in the Neolithic period.

The first historical references
The first historical reference to crystals came from the ancient Sumerians (Iraq today) and we know from archeological evidence that from around 4,000 BC the Egyptians were making jewellery using lapis lazuli and amethyst. Both men and women wore jewellery and adorned themselves with charms and amulets that not only showed wealth and status but offered protection from evil.
Statues of ancient Egyptian gods and kings were extravagantly decorated with gemstones too, and the dead were adorned with jewellery to take with them to the afterlife.

Lapis lazuli and ancient Egypt
The most famous use for lapis lazuli in ancient Egyptian civilization, is in the gold death mask of Tutankhamun where it is used for the eye surrounds and eyebrows.  Other stones used include quartz for the irises, obsidian in the pupils, and carnelian, feldspar, turquoise, amazonite and faience on the collar.
It’s also thought that Cleopatra (69 – 30 BC) used powdered down lapis lazuli as an eye adornment, much like modern day eye shadow.

Stones valued for their softness
Along with lapis lazuli and amethyst, turquoise was one of the most treasured gemstones in ancient Egypt. Sourced from mines in the Sinai Peninsula, which are still in use today, it was used to adorn the necks of ancient Pharaohs and was often carved into the shape of scarab beetles and used as a protective talisman.
The Egyptians favoured soft-semi precious stones like lapis lazuli and turquoise because it enabled them to carve religious symbols into their jewellery. And then, as now, colour was one of the most important factors for the popularity of coloured stones, with blue symbolising royalty in ancient Egypt.

China and jade
Gemstones are also mentioned in the earliest Chinese historical texts, with references to jade as far back as 3,600 BC. It was beyond dispute the most important coloured stone in ancient Chinese history, and its white, yellow or green colour was synonymous with wealth and power. Even the symbol in Chinese writing for the word “emperor” looks almost identical to their word for “jade”.
Mined in China since the stone age, jade beads, tools and weapons have been unearthed at several historical sites. By 3,000 BC it had become known as “yu” or the royal gem. And jade carvings were used for ceremonial dishes, vases, furnishings and jewellery for the Chinese imperial families.

Ancient Greeks and the import of precious stones
The ancient Greeks valued precious-coloured stones as much as any other civilisation. They began using gemstones in jewellery around 1,600 BC and importing precious stones like emeralds, rubies and sapphires from India, Sri Lanka and the Far East. Over a thousand years later, around 300 BC, semi-precious stones such as amethysts and pearls were in favour. And new techniques to carve in stone enabled the Greeks to engrave gems like agate with intricate patterns and pictures.
They believed gemstones held secret powers. They seem to be quite partial to a glass or three of wine and thought that amethyst would save them from inebriation. The word “amethyst” even comes from the Greek amethystos – meaning sober.
Sapphires, symbolic of wisdom and purity, are another precious stone whose name derives from ancient Greek, the word sapphirus meaning blue.

The influence of the Roman empire

The Romans had a massive influence on the history of gemstones.
Their empire was powerful, rich and far-reaching and gave them unprecedented access to sources of gemstones. In contrast to the ancient Greeks who focused on high-quality metalwork, the Romans preferred coloured gemstones and glass. Many types of jewellery were worn by both sexes and various classes in Rome, both for aesthetic reasons and to show off status and wealth.

Roman jewellers crafted jewellery using both precious and semi-precious stones like emeralds, diamonds, rubies and sapphires, garnets, topaz and amber from different areas of the Empire. Pearls found by divers in the Persian Gulf were a popular gemstone in Rome, often set in jewellery alongside emerald and peridot from Egypt, and lapis lazuli and onyx from Persia.

Worn by men
Rings set in gems were popular, and in the early first and second centuries men often wore rings on all ten fingers. The gemstones were typically smooth, round cabochons of garnet, amethyst or orange carnelian, a coloured form of quartz.

Loved by women
However jewellery was particularly important to women because it was their own property and independent of their husband’s wealth. That meant they could use it as they liked, with the right to buy, sell, bequeath, or barter it for themselves.

Amber valued more than life itself
Amber mined in the Baltic region was considered one of the most valuable substances in the Empire. Sadly the Romans considered it worth more than human life, and Pliny the Elder, author, naturalist and commander from AD 23/24 to 79 wrote that a small amber sculpture exceeded the worth of a healthy Roman slave.

Jewels – but not as you know them
Although by the time of Christ, gemstones already had a lengthy history in many civilisations, they were treated very differently to today.
Many of the gems we value most today were recognised as precious, such as emeralds, sapphires, diamonds and rubies, but other substances were also held in great esteem, like jade, amber and lapis lazuli.

No consistent way to value them
There was no modern cutting or polishing techniques, and no standard way of recognising the value of gemstones. The four Cs of clarity, colour, carat weight and cut wouldn’t be recognised until as late as the early 1940s.

No easy way to tell them apart
As well as confusion as how to value different gemstones, people weren’t sure how to tell them apart. And stones of a similar colour were often confused with one another, aquamarine is similar to blue topaz for example, and red and blue spinel gems are difficult to differentiate from emerald and sapphire. It wasn’t until the late 19th century and beyond that people were able to work out which gems were which by using scientific methods.

Next take a look westwards
But long before any of this, gems had to travel westwards into Europe where they would become as coveted as in other parts of the world. So in the next part of their history, we’ll take a look at their importance from the Roman age through to the Middle ages until the Spanish invasion of South America in the late 15th century. Because, don’t forget, simultaneously to Asia and Europe, the ancient civilisations of the Americas were also discovering and utilising precious gemstones, often superior quality to those in the old world.
And when this market was opened to Europe and the west, the jewellery trade would change dramatically again.